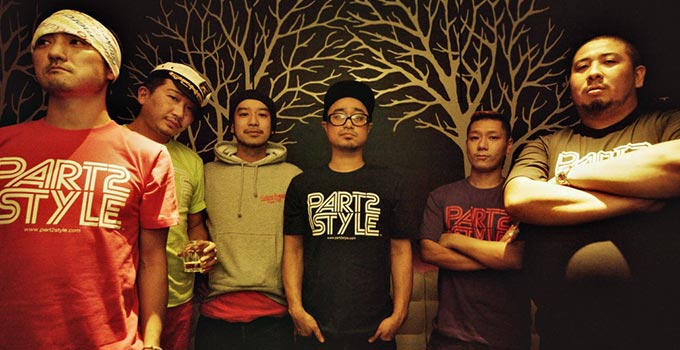 Part2Style is the Japanese Bass Music crew that is leading the scene in Japan and in Europe. Their style is Dancehall Reggae’s sound system style but also features a wide range of Bass Music. Genre’s like Jungle, Grime, Dub Step and Trap to name a few. They have many specialized dubplate tunes and have been producing exclusive original tunes. As of 2011, Part2Style has turned their focus overseas and have joined the world’s best and biggest bass music festivals such as Outlook Festival, as well as some of the biggest reggae festivals in Europe, Rototom Sunsplash and Uprising Reggae Festival. Through these endeavors in well-known music festivals, they soon gained notoriety the attention of bass and reggae fans in the European scene. They have produced tunes with the finest European labels such as Jahtari, Maffi and Dreadsquad. In 2012, they started their own label called Future Ragga. Tunes from these labels have been played by big sound systems in Europe and even in radio stations all over. In 2013, they took 1st place in the Grime Online Sound Clash called War Dub Japan Cup and proved their strong presence in Japan.